The Union University community gathered to celebrate alumni and current students during Homecoming weekend Nov. 1-3. Events included a 50 year reunion for the class of 1969, food and games on the Great Lawn, basketball and volleyball games and the crowning of the 2018 homecoming queen.

We’ve put together our favorite photos from the events of the weekend here for you all to enjoy.

Class of 1969 welcome, mix and mingle. Photos by Kristi Woody 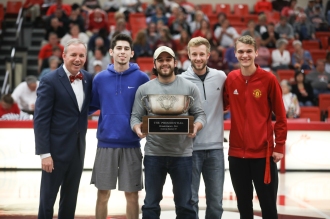 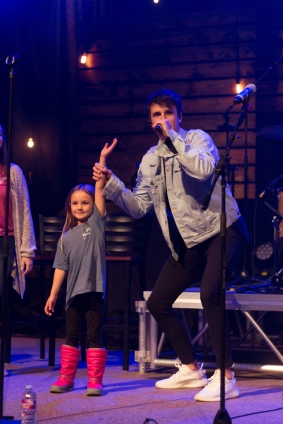 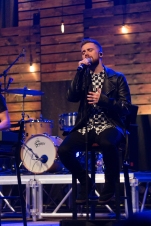 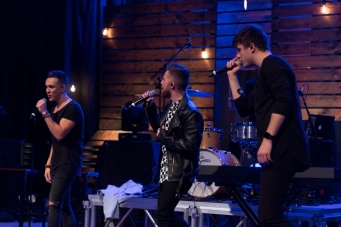 The Lady Bulldog volleyball team is working with two new coaches for the upcoming season. Darrin McClure, head coach, and Jenna Kelley, assistant coach, may be new to Union, but they are veterans of the sport. McClure comes to Union after coaching at UT Martin for seven years. He brings with him a distinct enthusiasm for Union and the community here. When asked about what drew him to Union, he noted that he really enjoyed all of the people here and the Christ-centered values.  Kelley is one of McClure’s former Martin players and has been playing the sport since fifth grade. Kelley also worked for Fellowship of Christian Athletes after receiving her MBA in 2014.

We are so excited about the level of skill and enthusiasm that McClure and Kelley are bringing to the team!  They are hoping to get the girls involved on campus and be a part of the wonderful Union community. To learn more about their backgrounds, check out these new releases from uuathletics.com: 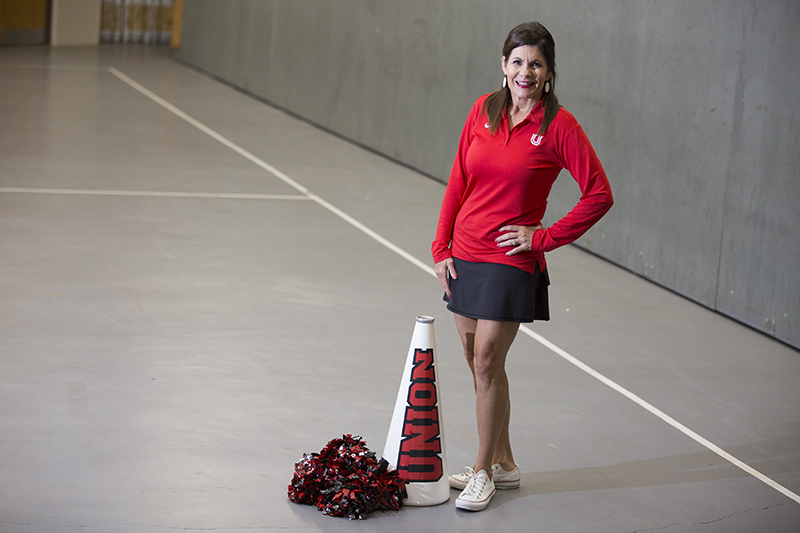 The other new coach for the 2015-2016 season is someone already well-acquainted with Union: our first lady and now cheer coach, Susie Oliver. She started in the sport as a cheerleader in fourth grade all the way through college and began coaching in 1980. Between coaching for national competitions and even taking a group to participate in the opening ceremony of the 1996 Summer Olympics, Oliver brings over 30 years of experience to the table. It is obvious when talking to her that she is thrilled to be working with Union’s cheer program. Her focus right now is on recruiting and increasing the size of the squad. Oliver’s goal is to make the games a wonderful experience for fans and provide entertainment through more stunting and using both sides of the court.

Susie is eager to recruit students who are athletic and hard working, so if you know of a good candidate, don’t hesitate to contact her!

Congratulations to the Lady Bulldogs, who captured their first Gulf South Conference title and earned a No. 1 seed in the South Region of the NCAA Division II Women’s Basketball National Tournament. As the top seed, Union will host the entire South Region, with the Lady Bulldogs taking on No. 8 seed Albany State this Friday, March 13, at 5 p.m.

We would love to see the Fred Delay Gymnasium full of fans and students. To help us fill it up, use #fillthefred on social media to promote the game. Fans not able to attend the tournament in person can watch or listen to the game online.

The Bulldogs, meanwhile, earned an at-large bid to the South Region of the national tournament in Lakeland, Florida. This will mark Union’s first appearance in the NCAA National Tournament since the 1968 season. Union, the No. 7 seed, will face No. 2 seed Barry University on Saturday, March 14, at 2:30 p.m. Watch or listen to the game online. 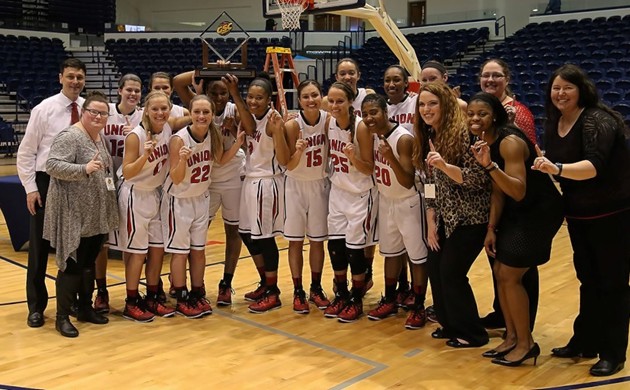 The men’s and women’s basketball teams are both undefeated after the first three weeks of competition. With conference play beginning this week, both teams hope to make a statement in the Gulf South Conference as they are eligible for NCAA Division II postseason play for the first time.

The men’s team is currently 6-0 with one of those wins coming from an overtime victory against Stillman College on Nov. 22, as part of the University of Alabama Huntsville Classic. Senior guard Corieon Pearson hit a three pointer with 20 seconds left in overtime to give the Bulldogs the lead, 79-78, and ultimately the victory.

The Bulldogs have reached 90 plus points twice already this season, as they scored 99 points in their season opener against Lemoyne-Owen College and 96 points in the win against Rust College.

As for the women’s team, while most students were at home visiting family over Thanksgiving Break, the Lady Bulldogs traveled to Ft. Lauderdale, Florida, to participate in the Nova Southeastern Classic. At the time, Nova was ranked number one in all of NCAA Division II.

On Friday, Nov. 29, the Lady Bulldogs faced off against Sunshine State Conference member, Barry University, (Fla.) with the women coming out victorious, 70-61.

Saturday brought the second and final match of the tournament for the Lady Bulldogs, as they were set to play the host team, Nova. The Bulldogs came out victorious once again, beating the top team in the nation 83-78.

The two wins at Nova brought the Lady Bulldogs to an overall record of 4-0, making a combined record of 10-0 for Bulldog basketball so far this season. Along with the men’s team, the women will also face off against Shorter and Lee University this coming weekend.

With the way these two teams have begun playing, the GSC teams look like they are in for some tough competition from the Bulldogs and Lady Bulldogs this season.

If you weren’t at Bulldog Madness last night, you missed out BIG TIME! It was the biggest pep rally and spirit-building opportunity we’ve had in my 12 years at UU. This is going to sound weird, but it was somewhat of an emotional moment for me. To see so many different groups on campus come together as one to support our student-athletes was great!

In addition, to see the culmination of our hard work being enjoyed by all and supported by so many students, in that moment, was so gratifying. 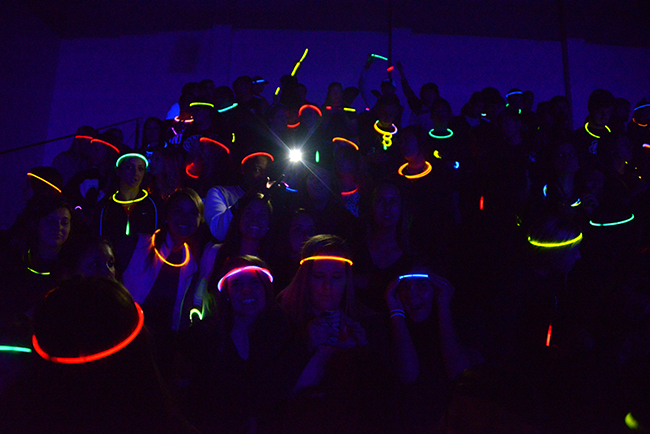 “It was great to see so many students come together in support of our athletic teams,” senior psychology major Kevin Morgan said. “Last night there weren’t Greeks and indies or athletes and students, we were all Bulldogs.”

Alec Beard, a junior international business major who filled in as dancing Buster, said he enjoyed seeing the energy and enthusiasm of the crowd.

The evening involved black lights, glow sticks, hyped up music, selfies and more energy than I’ve ever felt before in The Fred. We were intentionally building school spirt through a remix of the flash mob from a performance earlier in the day, introduction of a student-led cheer support team called the Fred Fanatics, a performance from the cheerleaders, some minute-to-win-it games, 10-minute scrimmages by both the men’s and women’s basketball teams and a scrimmage between faculty/staff and students.

Dr. Oliver then led a “Never Forget” cheer on the court, surrounded by all the students.

“It was really neat to see the student body come together for a fun event supporting our basketball teams,” said Jesse Dahms, a junior business management and psychology major. “The blackout was really awesome and a great way to build hype. I think we are excited and ready for this upcoming basketball season.”

What a night! Our hope and desire in athletics is to continue to build school spirit. Bulldog Madness brought different campus groups together — the Student Athlete Advisory Committee, cheerleaders, the student group Fred Fanatics, volunteers from campus organizations and classes as well as student-athletes. It takes synergy to build energy and enthusiasm. I think we are heading in the right direction, and I’m excited. 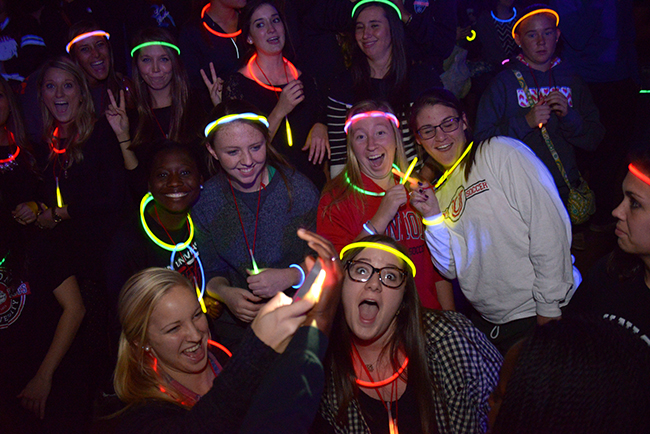 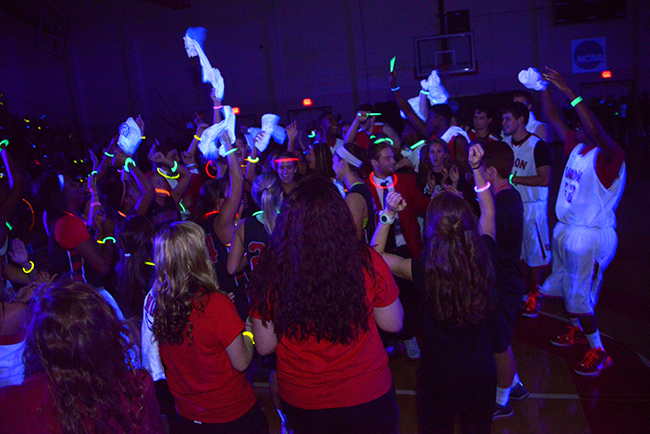 Scott Lancaster, multimedia producer, put together this short video of the events from last night: 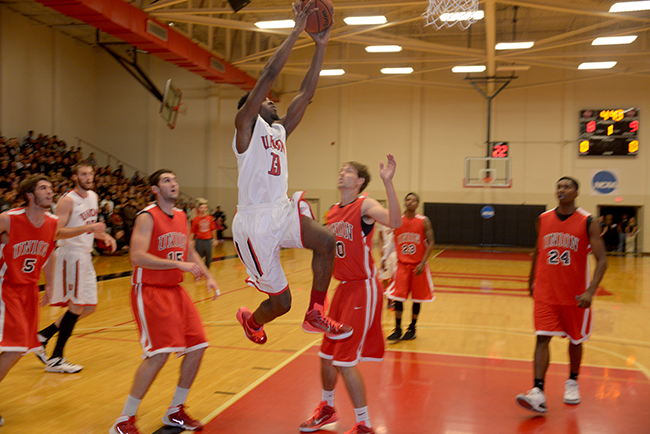