Each year, we take time to look through our photos from the past 12 months at Union University and pick out our top 10 favorite images. It’s wonderful to be reminded of how our students learned, thrived, succeeded and were transformed at Union in 2019! Please enjoy scrolling through these photos and reading a little of the story behind each one. 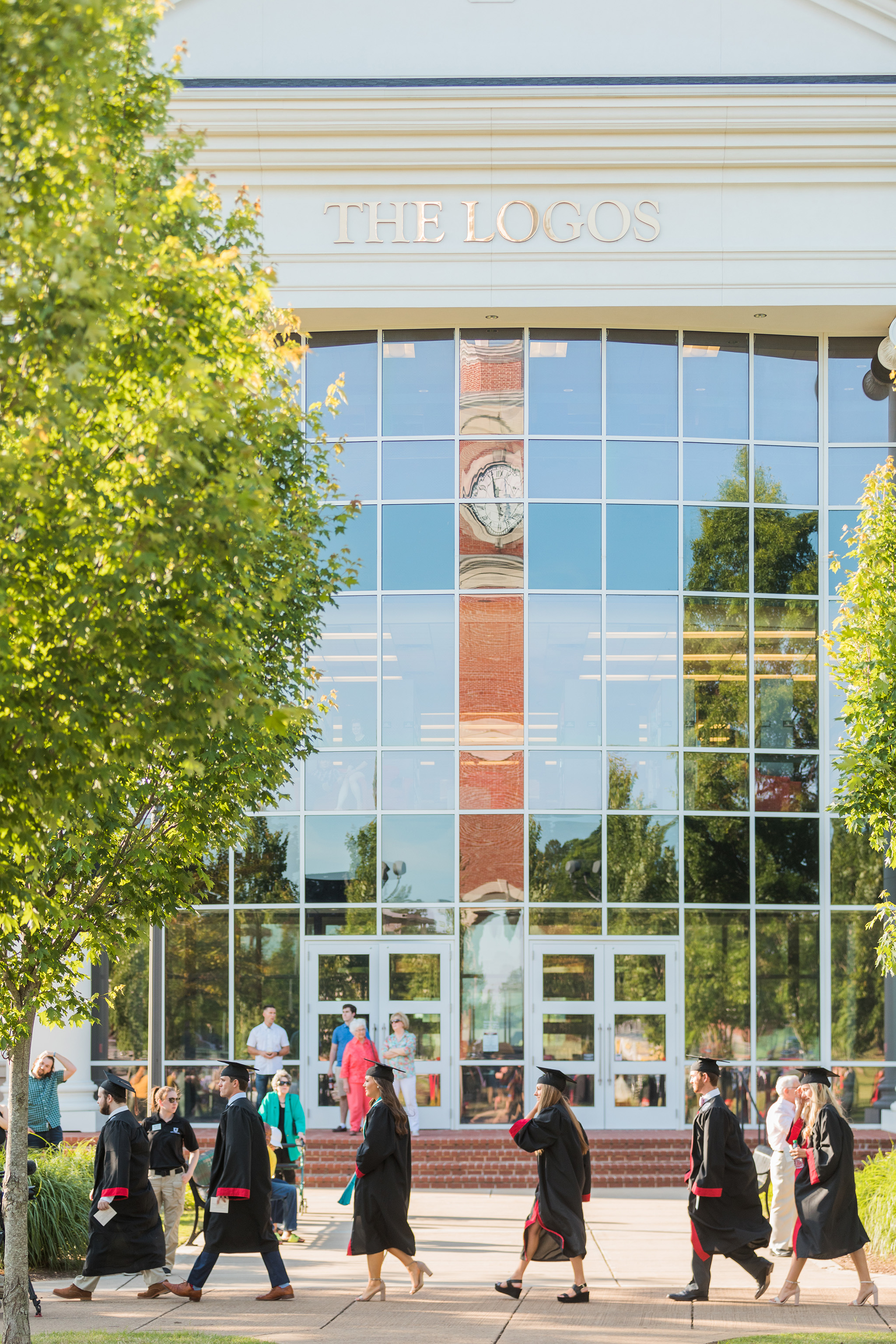 2. Undergraduate students walk past The Logos during Union’s 194th annual spring commencement, May 18, where about 625 graduates received their degrees. Photo by Kristi Woody

4. Steve Halla, associate professor of art, sits and talks with students near the fountain. Union professors know students by name and want to build relationships with them. Photo by Kristi Woody 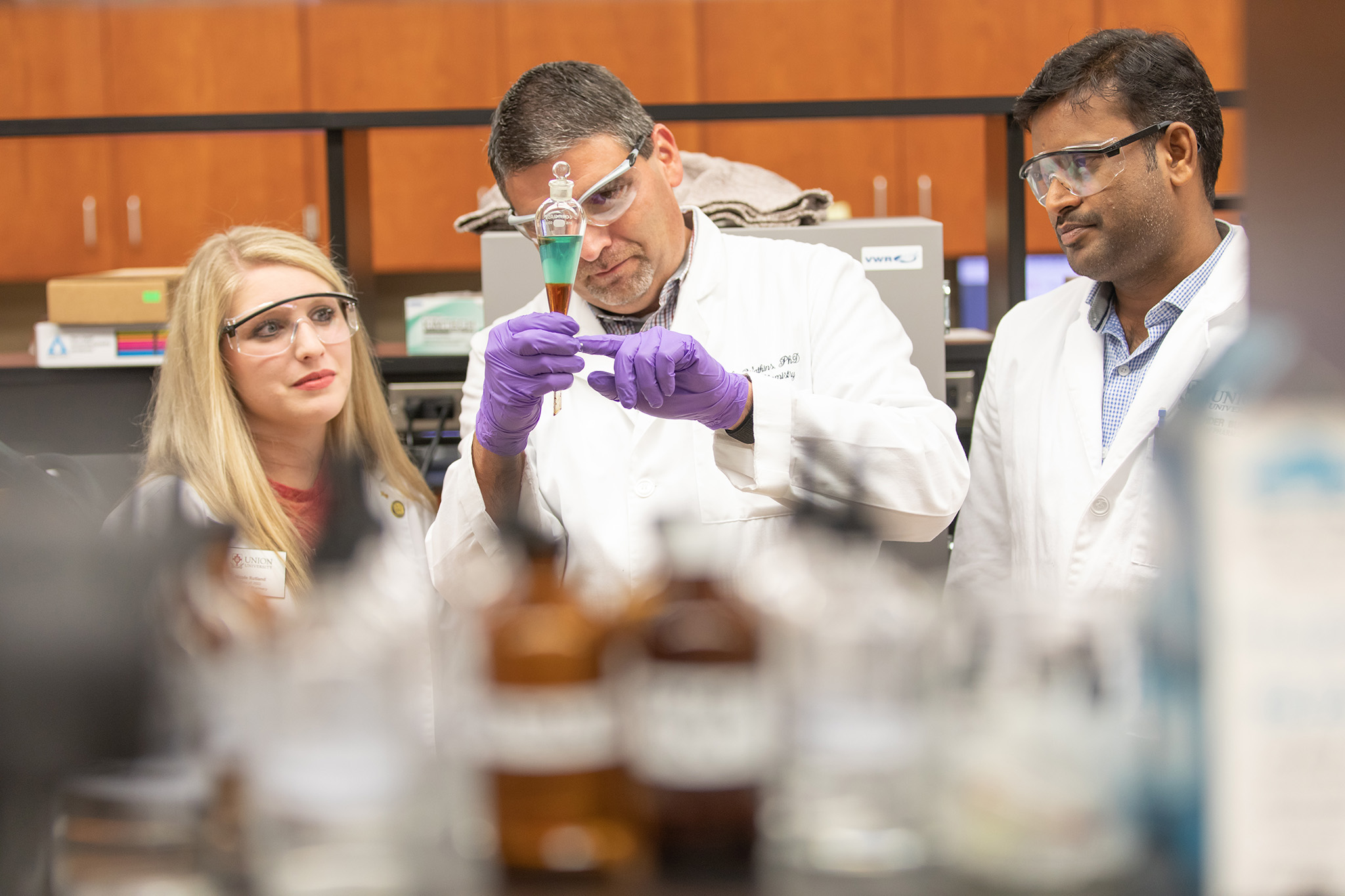 5. Blake Watkins, chair and professor of pharmaceutical sciences, works with pharmacy students in a lab. At Union, students are prepared to be excellent in their field. Photo by Kristi Woody 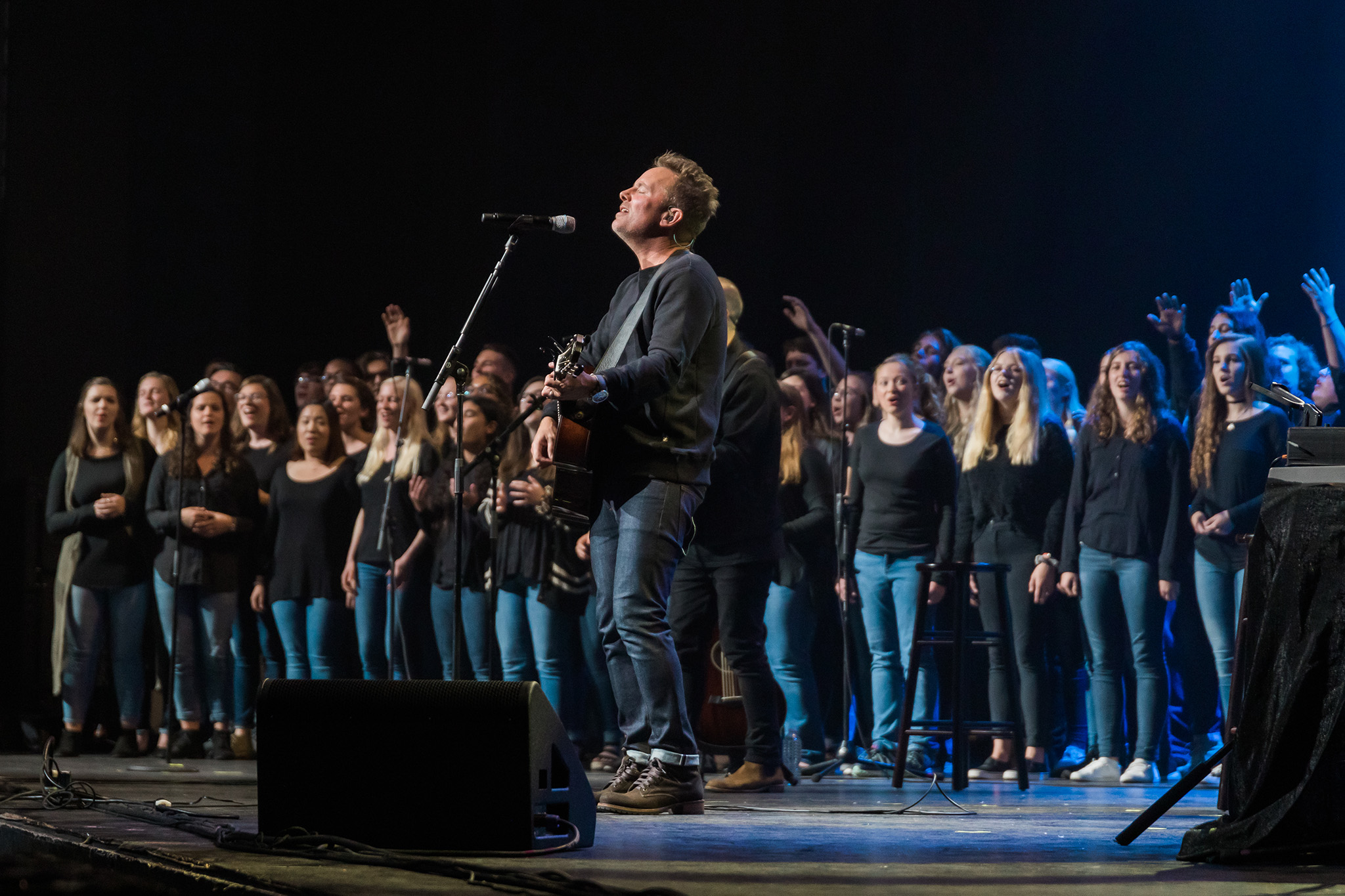 6. Christian singer and songwriter Chris Tomlin performs the song “Is He Worthy?” with help from the Union University Singers during the 22nd annual Union University Scholarship Banquet, Oct. 15. Photo by Kristi Woody 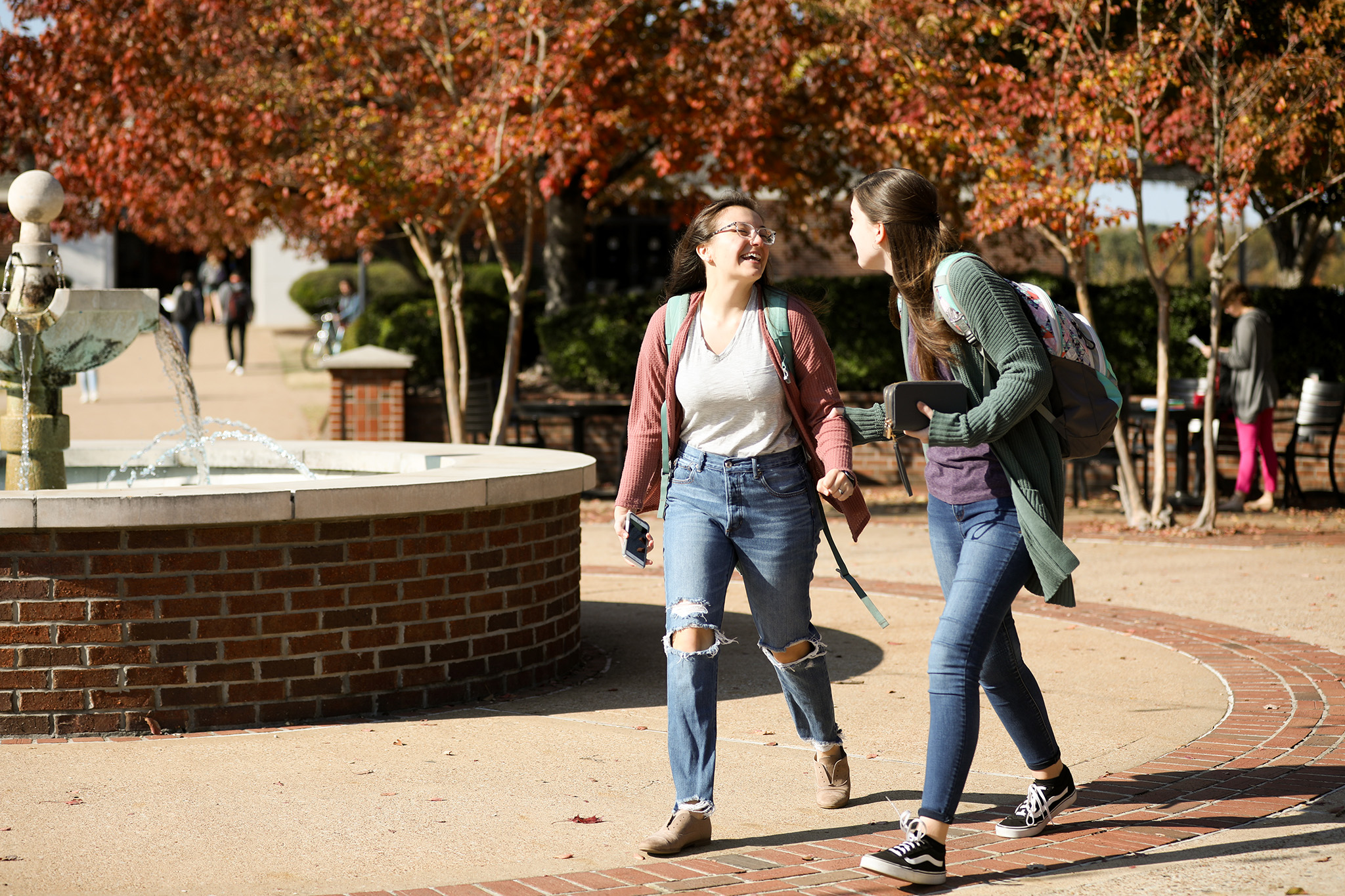 7. Students laugh and enjoy great fall weather on our beautiful campus. At Union, we value one another and live in a close-knit community. Photo by Kristi Woody

8. Beautiful fall colors were on display outside of The Logos, Union’s three-story, 53,000-square-foot building that houses a modern library built to promote academic success. Photo by Kristi Woody

9. All three Busters — our live mascot, team mascot and campus landmark — pose together for a photo. Ayo Bulldogs! Photo by Sarah Goff

10. Students compete in the Residence Life Half-K, a fun and silly 0.31-mile race that promotes community and fellowship for our students on campus. Photo by Nikki Grim

Throughout the year, staff photographer Kristi Woody and four student photographers took more than 40,000 photos documenting life at Union University. Here are 10 photos from 2017 that give an overview of the year at Union. We are looking forward to even more great moments in 2018! 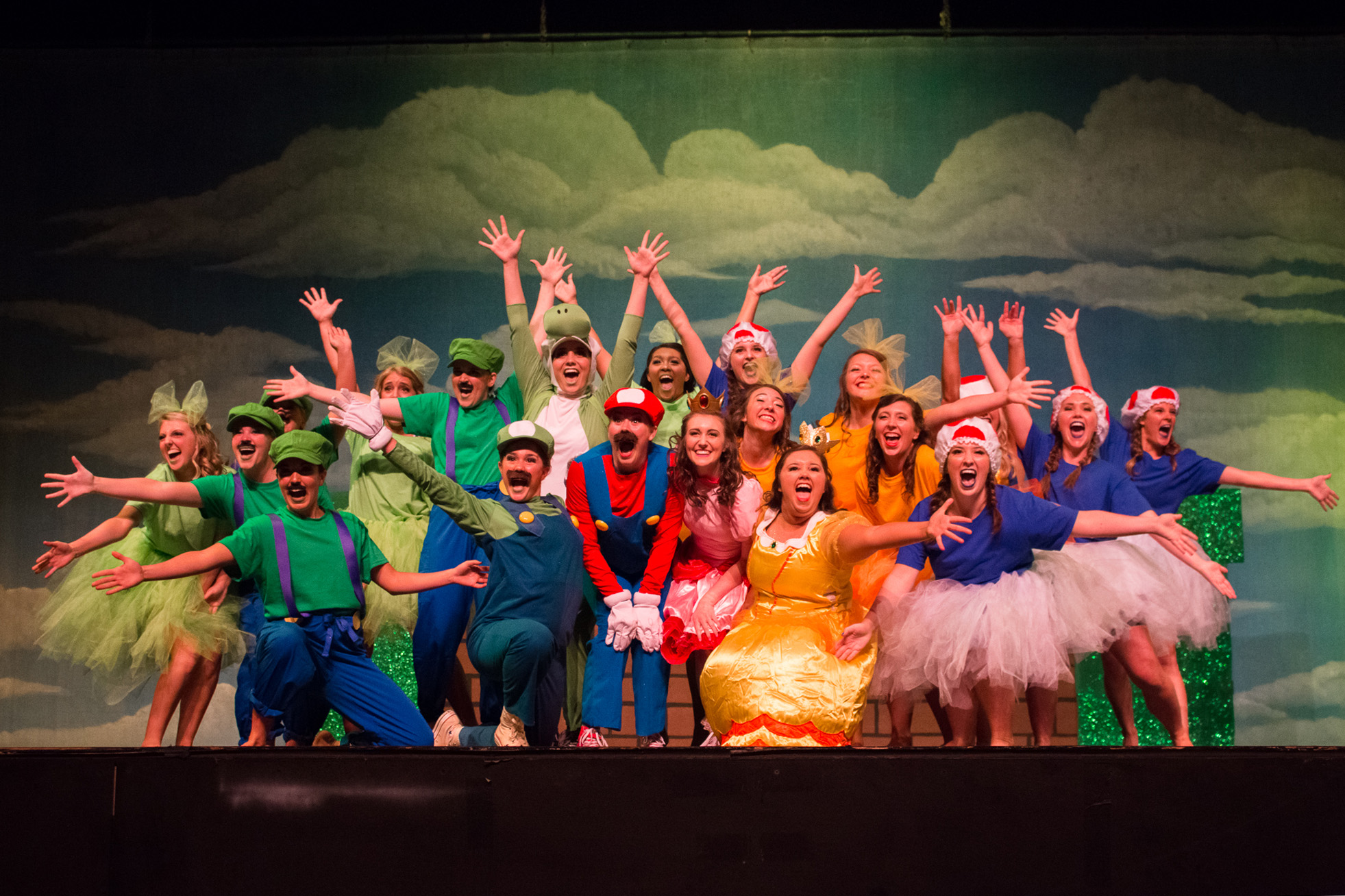 For Variety Show, members of Chi Omega performed a Mario-themed number complete with Mario, Luigi and Princess Peach. Their performance won them first place in the large group category. Photo by Gretchen Foels.

Dr. Dub Oliver, president of the university, walks out of The Logos with Buster the Bulldog. Photo by Kristi Woody. 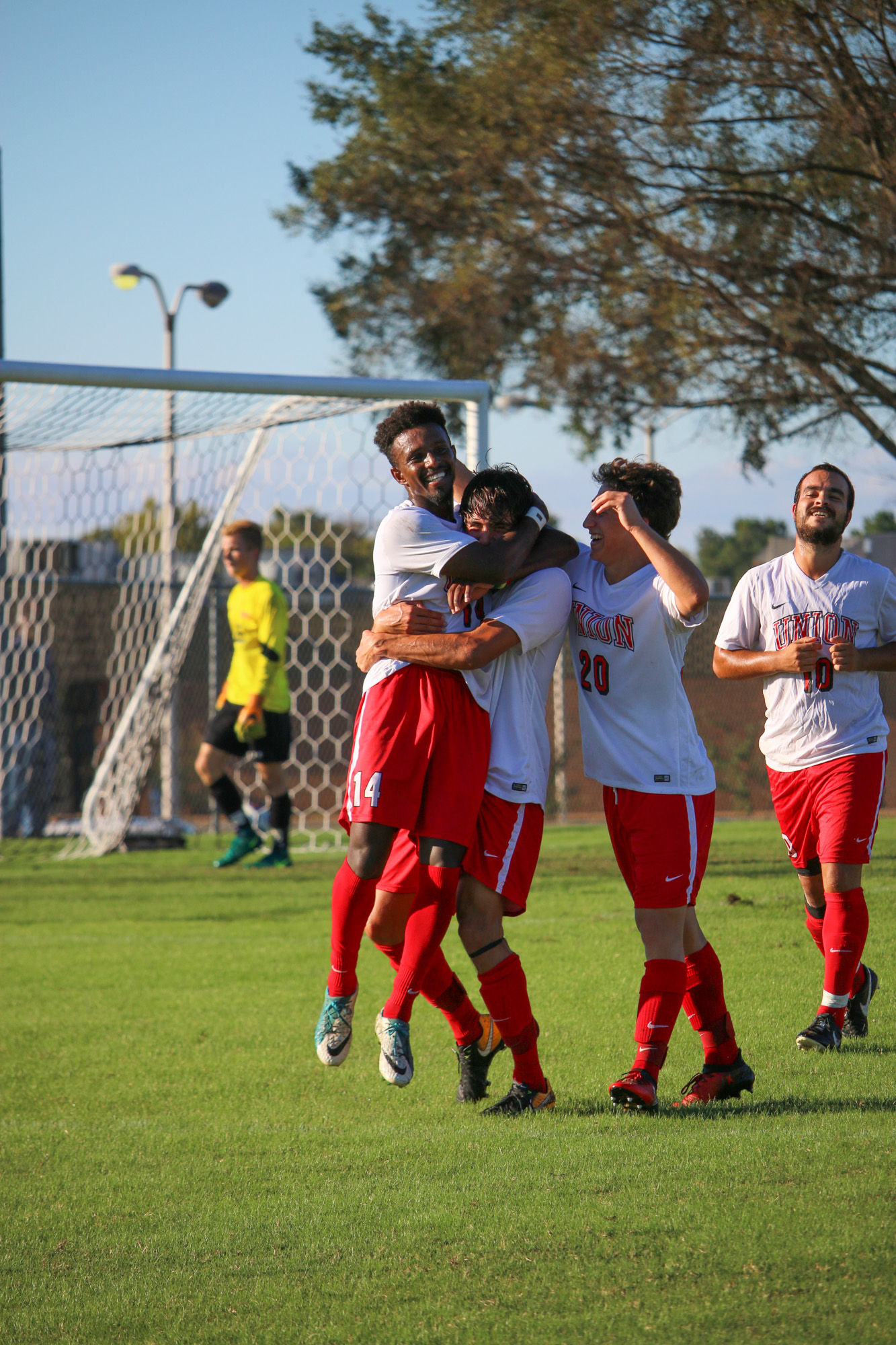 Members of the Bulldog soccer team celebrate after scoring a goal against Auburn University Montgomery. Photo by Hannah Heckart.

The New Respects, who Rolling Stone described as “funky, exuberant blues-rock,” performed in Barefoots Joe in the fall. Photo by Gretchen Foels.

On Aug. 21, Jackson experienced 96 percent totality during a solar eclipse. The event coincided with Welcome Week, so new students gathered on the Great Lawn to observe the eclipse. The physics department gave a short presentation and had viewing instruments out for use. Photo by Kristi Woody. 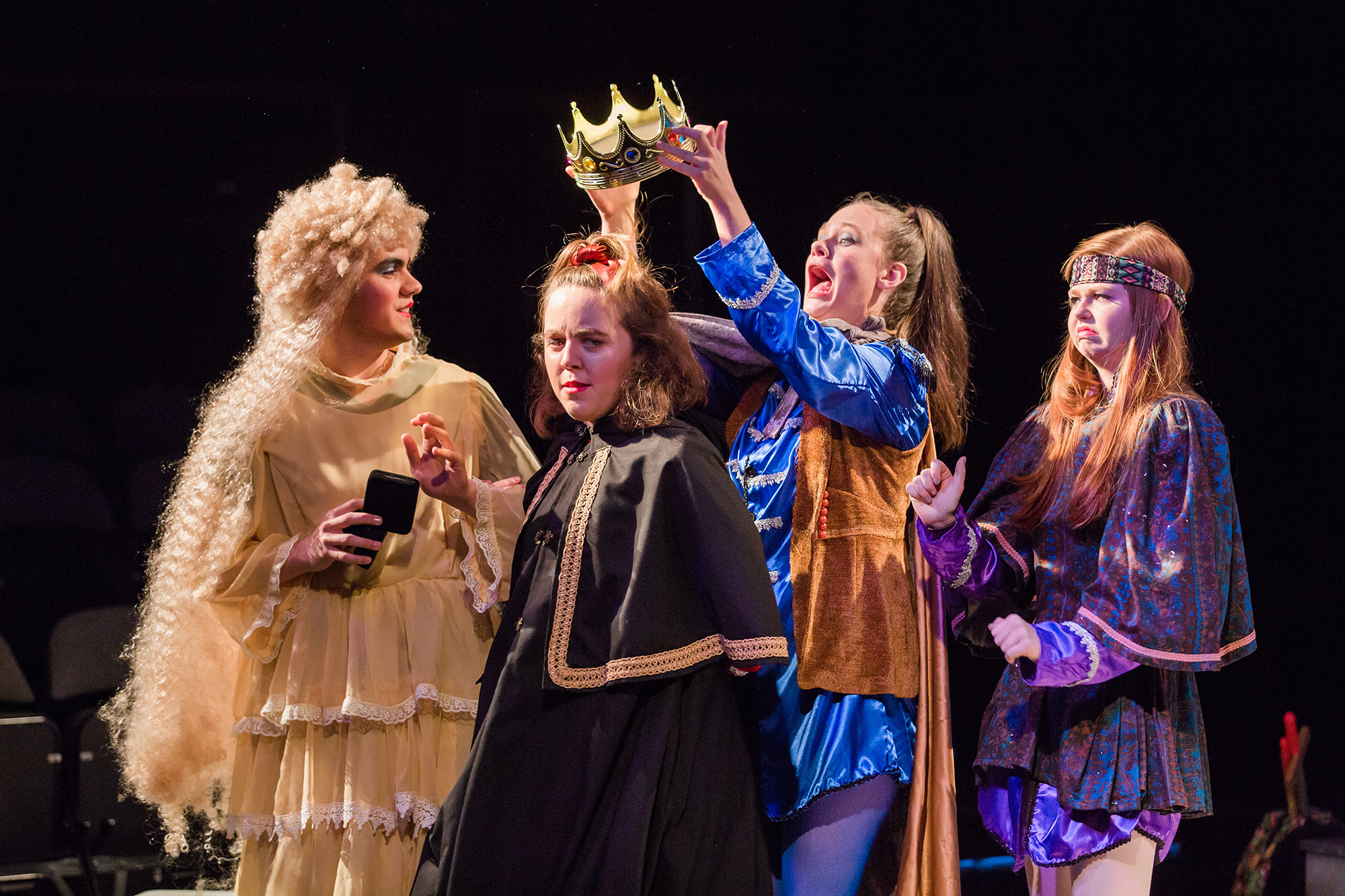 The Union University players performed in Rosencrantz and Guildenstern are Dead under the direction of David Burke, professor of theatre, in the W.D. Powell Theatre. Photo by Kristi Woody.

Each building in the residence life complexes forms a team of students that competes for points throughout the year. These points are tallied up at the end of the spring semester, and the Union Cup is awarded to the team with the most points. The final event in the competition is Field Day, where students compete in a balloon toss. Photo by Kristi Woody. 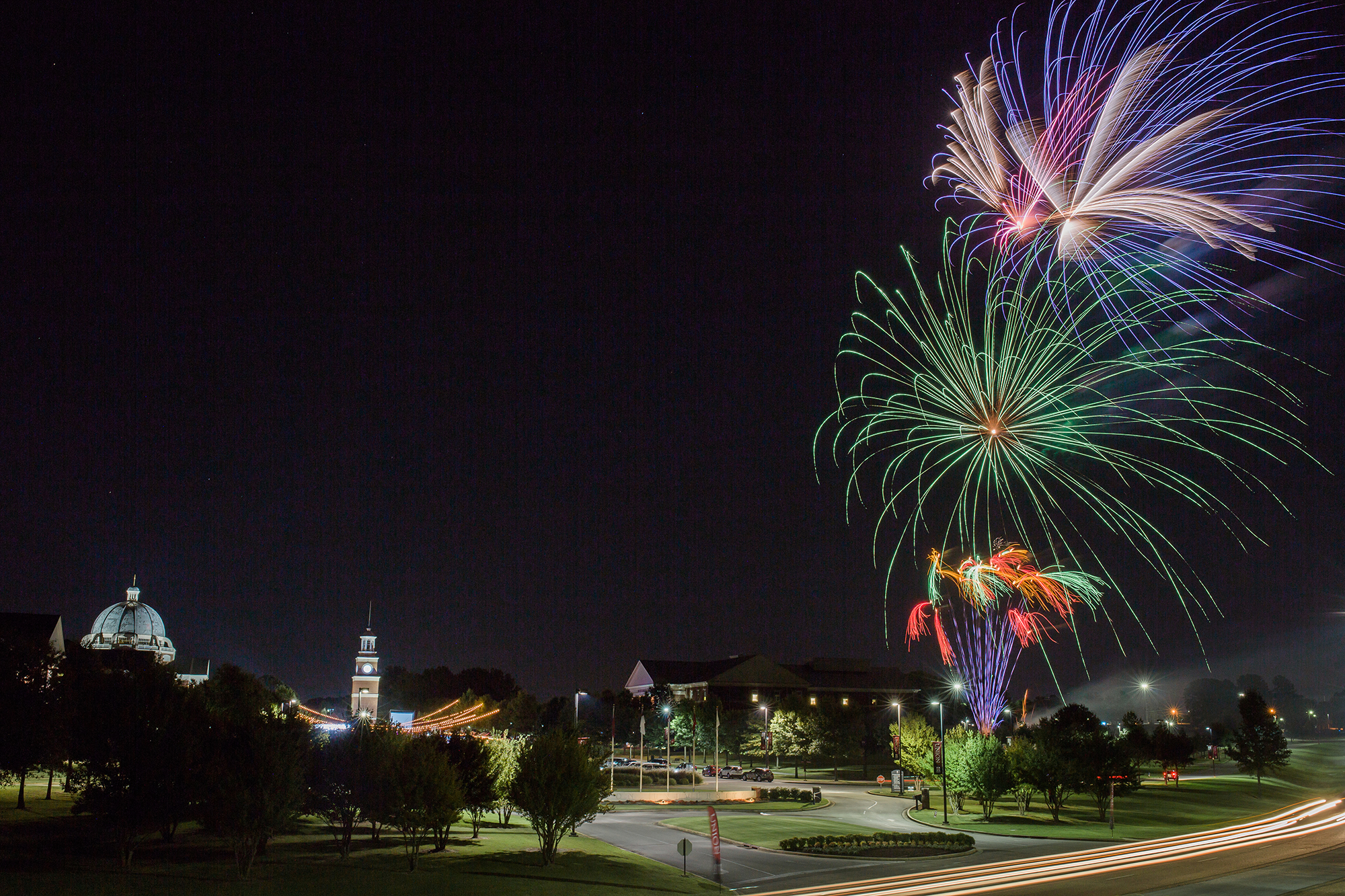 Fireworks go off at the conclusion of Union Night during Family Weekend. Photo by Kristi Woody.

Undergraduate Admissions passed out free stadium horns during a community appreciation event at a soccer game. This event coincided with Bulldog Days so several prospective students had the opportunity to enjoy a Bulldog sporting event during their stay. Photo by Kristi Woody.

The Student Government Association hosted a Christmas tree lighting outside of The Logos with the hope that it will become a new Union tradition. Students sang a few Christmas songs and enjoyed some hot chocolate before the tree was lit. Photo by Kristi Woody.

Throughout the year, staff photographer Kristi Woody and four student photographers took more than 40,000 photos documenting life at Union University. Here are 10 photos from 2016 that give an overview of the year at Union. We are looking forward to even more great moments in 2017!

Freshman nursing major RoNesha Davis performs during an open mic night at Barefoots Joe. The coffee house hosts concerts each semester featuring recording artists from across the country, but the open mic nights give students an opportunity to share their talents with their peers. Photo by Gretchen Foels.

Charlie Wilson leaps over Tray Boyd for his final dunk in a dunk contest during Bulldog Madness. Bulldog Madness kicks off basketball season for the Bulldogs and Lady Bulldogs. Each team has a scrimmage, and the athletics department hosts giveaways, throws out t-shirts and holds a dunking contest. Photo by Kristi Woody.

The live Buster the Bulldog mascot has been a huge hit on campus! He was welcomed into the Union family in 2016 and was featured in his Santa hat on the annual Christmas card. Photo by Kristi Woody.

Sean Evans, professor of political science, and Hunter Baker, associate professor of political science, keep up with election results as they are announced at a presidential election watch party in the Bowld Student Commons. The Department of Political Science hosts a party  during each major election, where students and professors gather to watch the results together. Photo by Kristi Woody.

The Union University players bow after a production of Shakespeare’s “A Midsummer Night’s Dream.” The large cast performed the show six times under the direction of John Klonowski, assistant professor of theatre, in the W.D. Powell Theatre. Photo by Kristi Woody.

A supermoon rises behind Miller Tower on the Union University campus in November. Several community members came to campus to watch and photograph the event. Photo by Kristi Woody.

Ulylanders Kent, BSOL graduate, waves to family and friends after receiving his diploma at fall commencement. Kent was one of 302 students who received their degrees at the Dec. 17 ceremony. There is always an abundance of smiles and wonderful moments as students are celebrated for their achievements. Photo by Kristi Woody. 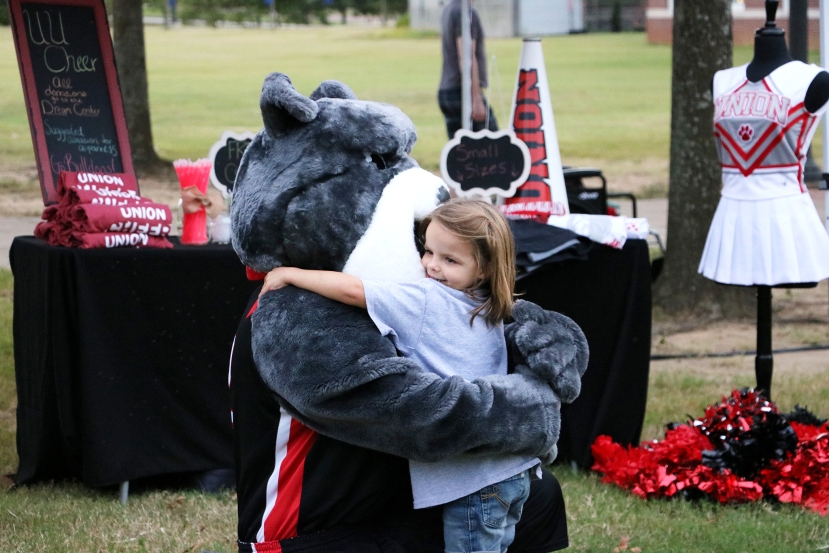 Buster the Bulldog revealed his new look at Family Weekend 2016. Buster, along with the cheer team, enjoyed greeting Union friends and family during Union Night. Photo by Elizabeth Wilson.